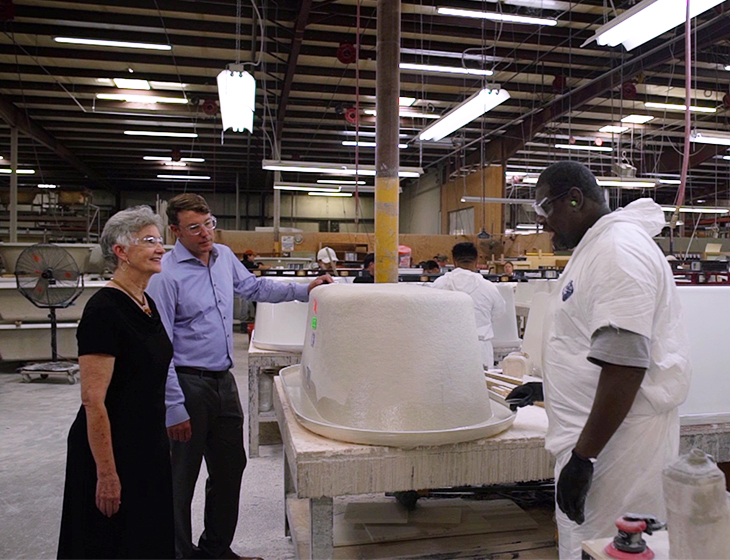 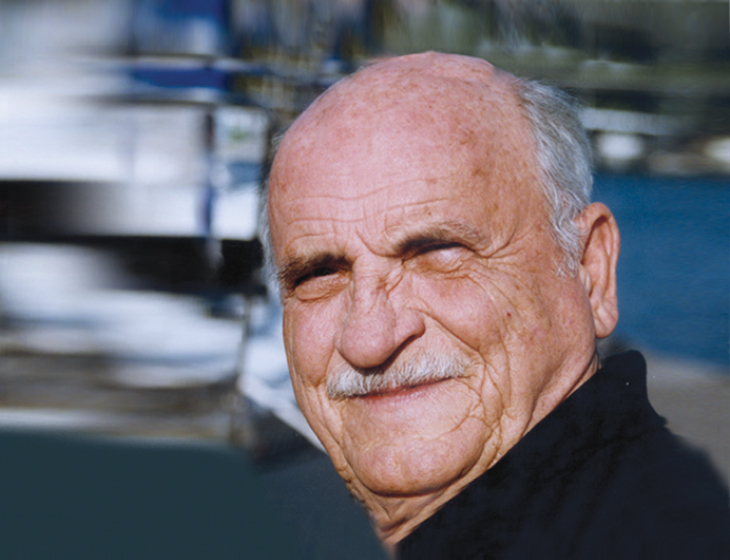 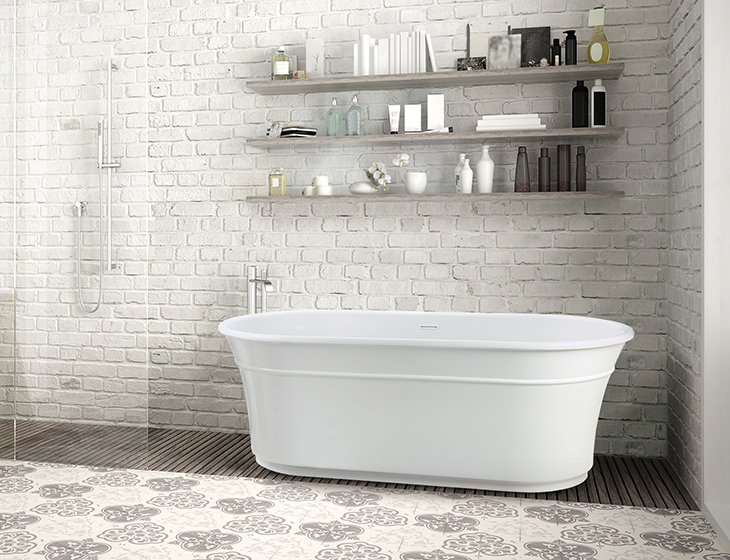 J.C. Henry founded our company in 1988. He was a self-made man, a driven entrepreneur and resourceful in developing unique manufacturing processes still used today. Against sound advice, he started a company in the challenging financial climate of a time when the interest rate was over 20% and his own age was nearing 60. This spirit of risk-taking was inspirational and integral to MTI’s culture. He relentlessly pursued the highest quality of product as the only acceptable outcome.

His goal was a simple one: to make the best whirlpool tubs on the market. He named his company “Mr. Tubs” and began buying tubs from other manufactures and plumbing them with whirlpool systems. However, he quickly grew dissatisfied with the available quality and decided to take matters into his own hands. He bought a defunct bathtub manufacturing facility in 1990 and began producing his own tubs. Within a few short years, his company was creating a higher quality acrylic tub than the majority of the industry.

However, one element of the conventional whirlpool still dissatisfied Mr. Henry – the build-up of soap residue and deposits of varying types left behind in the whirlpool plumbing lines. Through a great deal of trial and error and by adding a few custom-made parts, Mr. Henry created the world’s first self-cleaning whirlpool. He obtained a patent for the product, and until this day the Fill-Flush® whirlpool cleaning system is still the best, most thorough and most efficient whirlpool cleaning system on the market. Under his leadership, the company grew rapidly, offering high quality and an unprecedented degree of customization for tubs. 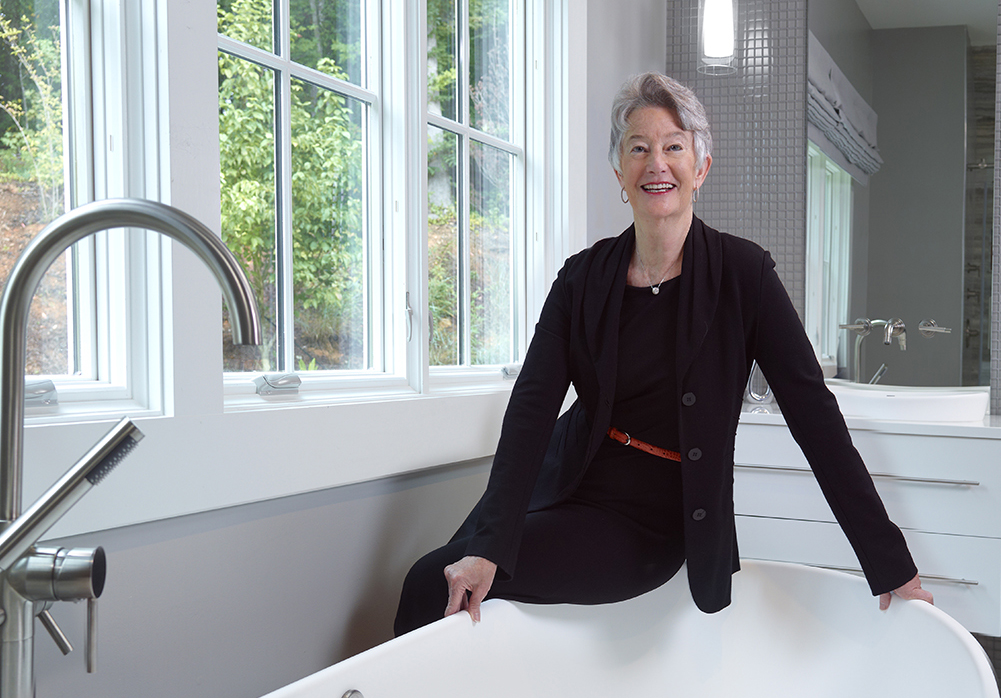 As the years passed, the company earned a reputation for innovation and began to pursue high-end showroom sales as well as hotel projects. With a Master of Professional Accounting degree from Georgia State University, Kathy Adams joined MTI Whirlpools in 1994 as CFO after having served as CPA for the company’s founder J.C. Henry. She was appointed president in 1998 and led an employee rally in 2001 to secure the necessary funding to purchase the company when Mr. Henry announced his plans to retire. During her tenure as president and then CEO, Kathy provided the inspiration and motivation behind MTI’s success for over twenty years. MTI tripled its sales of tubs and firmly established its reputation as an industry leader. In the early 2000’s, Kathy’s insight and keen intuition saw the industry changing to a design-driven market where quality, innovation and designs were paramount - this designer focus was pivotal as it evolved the company into the luxury high-end bathing sector.

In December 2003, MTI continued its history of innovation by becoming the first tub manufacturer to offer a Lifetime Warranty. Until this day MTI’s Lifetime Warranty on its Designer Collection Acrylic CXL™ and DoloMatte™ tubs and Boutique Collection SculptureStone® tubs is still the most comprehensive in the industry. Since then, MTI has obtained multiple new patents, garnered over 160 awards for design excellence and product innovation and been featured countless times on popular primetime HGTV and DIY programs.

In 2011, MTI’s name was changed to MTI Baths to more clearly communicate the breadth of MTI’s product offerings, which now includes tubs, sinks, counter-sinks, vanity sinks, shower bases and bathroom furniture, along with the largest array of hydro and sensory therapies for wellness in the industry. 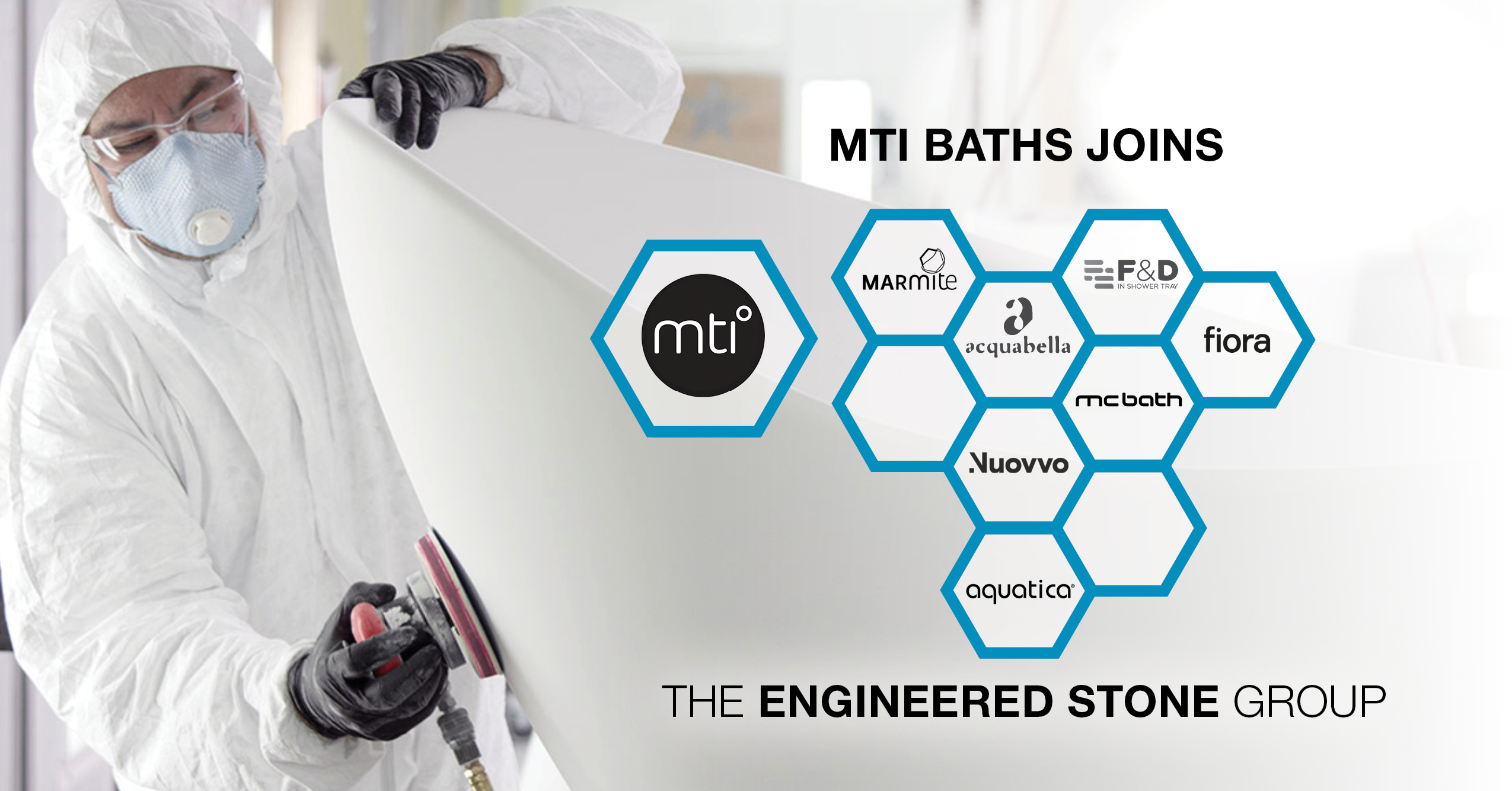 On February 28, 2022 MTI joined The Engineered Stone Group, the largest group in Europe and a global leader in the engineered stone bathroom products segment. The invitation was extended to MTI after the ES Group had studied MTI and determined MTI to be a gold standard in the industry due to MTI capabilities in design and product innovation, the expertise of their team, advanced manufacturing capabilities and reputation for world-class customer service. And MTI accepted the invitation.

"This new partnership is truly a win-win for all parties involved," said Russell Adams, President and Chief Design Officer at MTI Baths. "As a division of The Engineered Stone Group, MTI will have additional backing to expand our teams, equipment and facilities. We plan to develop and share materials and technologies, invest in new manufacturing techniques and benefit from the support of an established global team.” CEO Kathy Adams adds, “This is the next stage in the growth of MTI, and we are extremely excited to connect with such a powerhouse in the global engineered stone market. The entire MTI management team is excited about this merger, and we passionately embrace the change it will bring.”

The Engineered Stone Group is a material specialist focused on the design and manufacturing of engineered stone bathroom products, including tubs, shower pans, sinks and wall panels. The ES Group provides a broad offering of high-quality products and specialty brands, coupled with a commitment to outstanding customer service and the scale to invest in continued product innovation. The ES Group is comprised of Acquabella, Fiora, Mcbath, F&D Group, Nuovvo, Marmite, Aquatica and now MTI Baths. The ES Group was established by The Cranemere Group, a holding company focused on partnering with and building businesses over the long term.

This is a most welcome next step for MTI, whose products will continue to be offered through an exclusive network of kitchen, bath and plumbing showrooms throughout the country.

In June 2022, CEO Kathy Adams began a well-deserved retirement. She will be missed, but her impact and spirit still remain at MTI. Read Press Release for more informaiton.